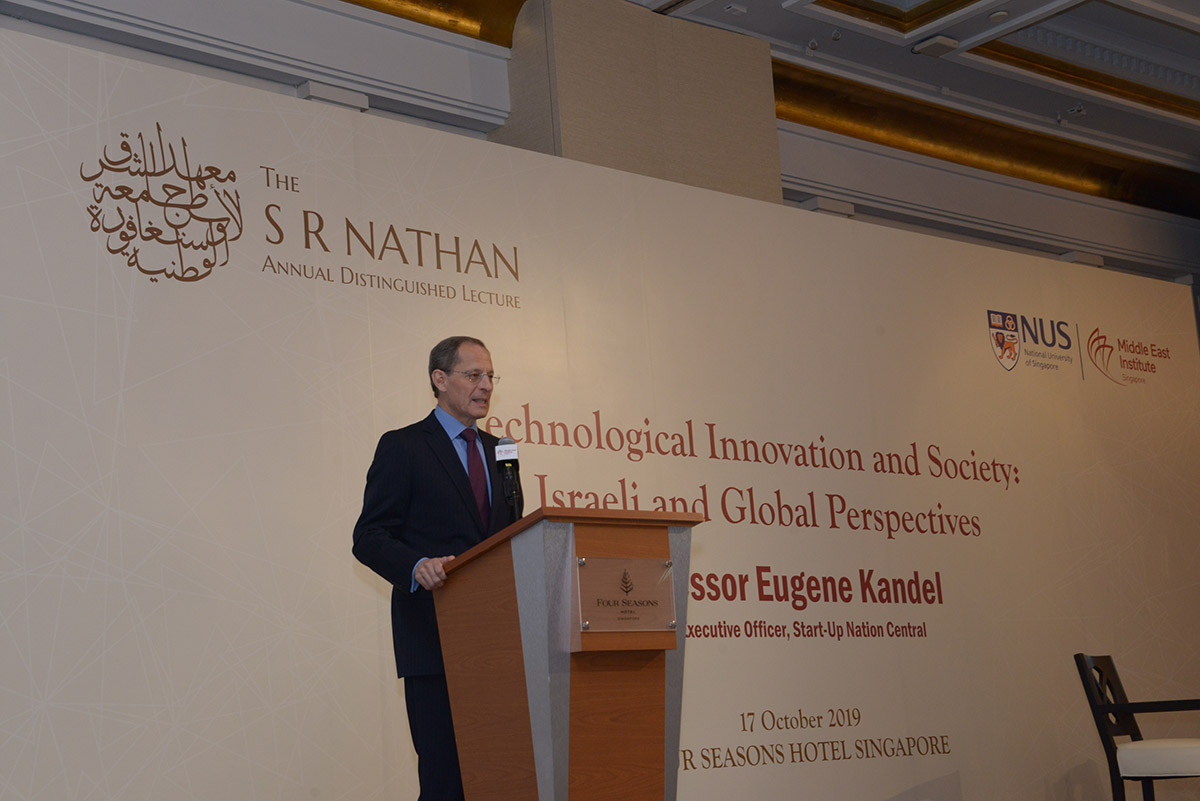 At the Middle East Institute at the National University of Singapore’s SR Nathan Annual Distinguished Lecture on 17 October 2019, Professor Eugene Kandel, who is widely credited with being the godfather of Israel’s start-up economy, spoke of how technology is changing the world, and how Singapore can ride the wave of change.

Dr Vivian Balakrishnan, Singapore’s minister for foreign affairs and minister-in-charge of the Smart Nation initiative, was the guest of honour for the event, where participants included members of the diplomatic corps, ministries, students and business leaders.

Prof Kandel is currently the CEO of Start-Up Nation Central, an Israeli non-profit organisation that helps to strengthen Israel’s innovation ecosystem and connect it to the rest of the world. He was former head of Israel’s National Economic Council and economic adviser to the Israeli prime minister between 2009 and 2015.

Read more about the lecture here. 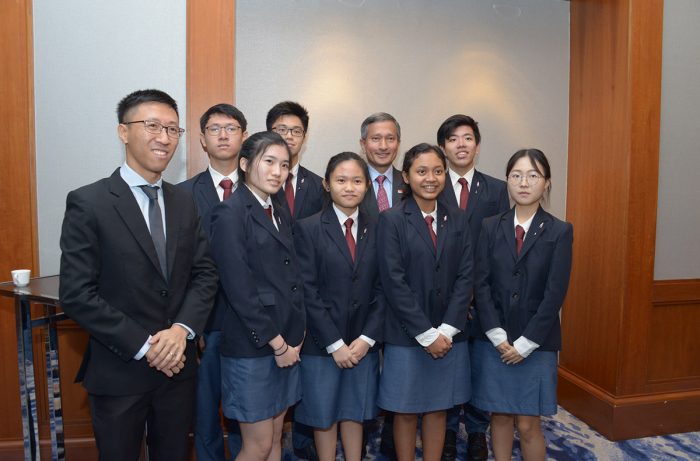 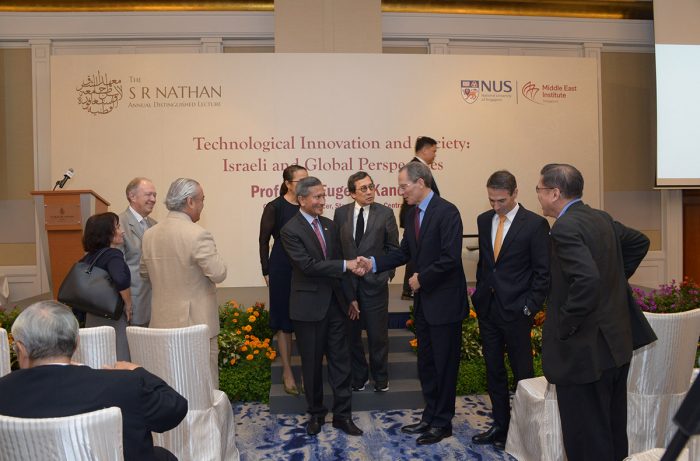 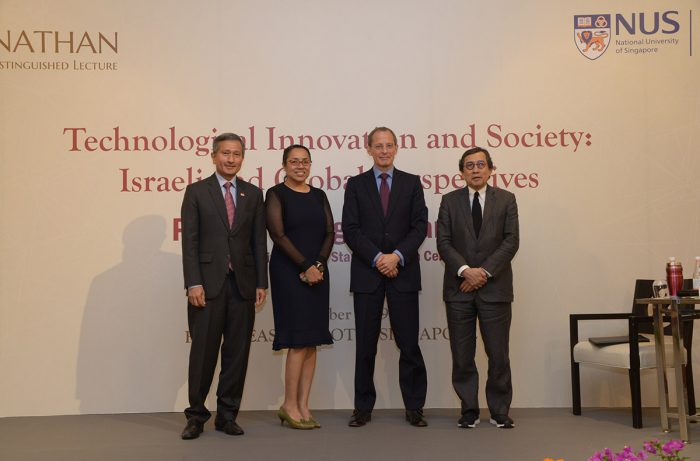 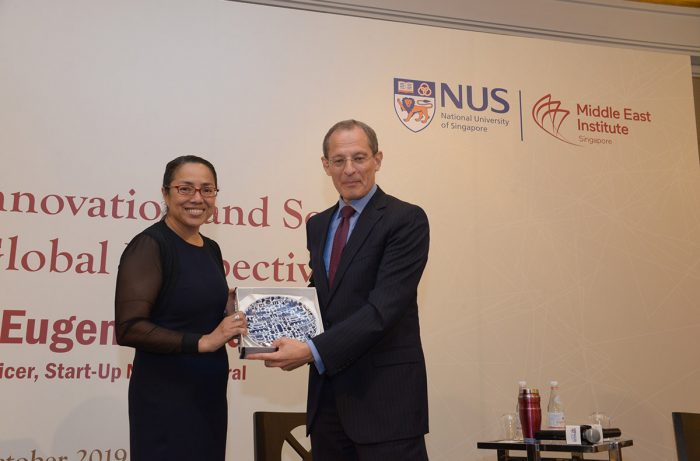 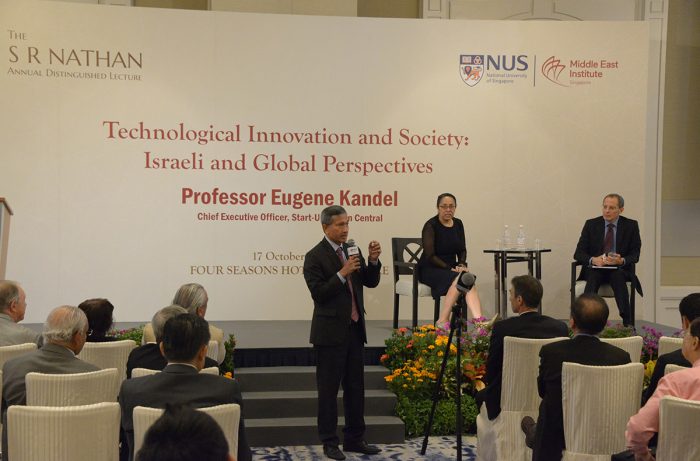 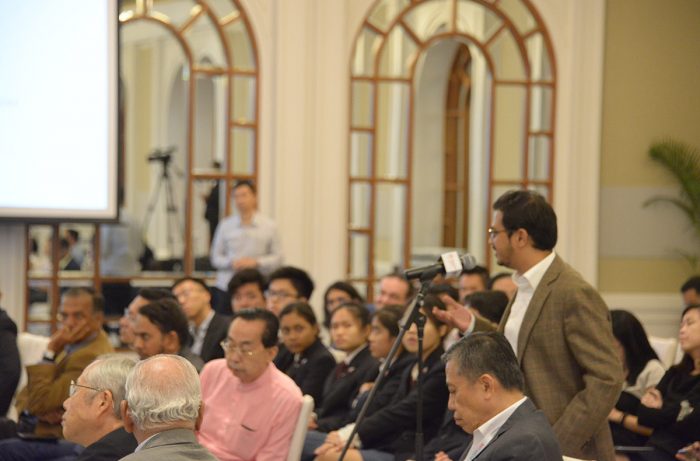 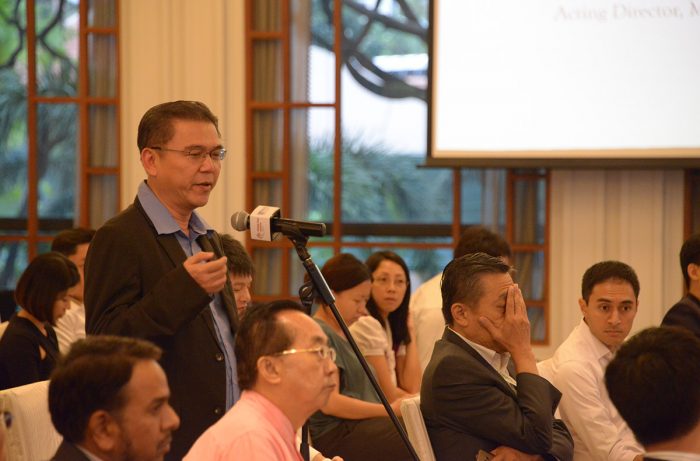 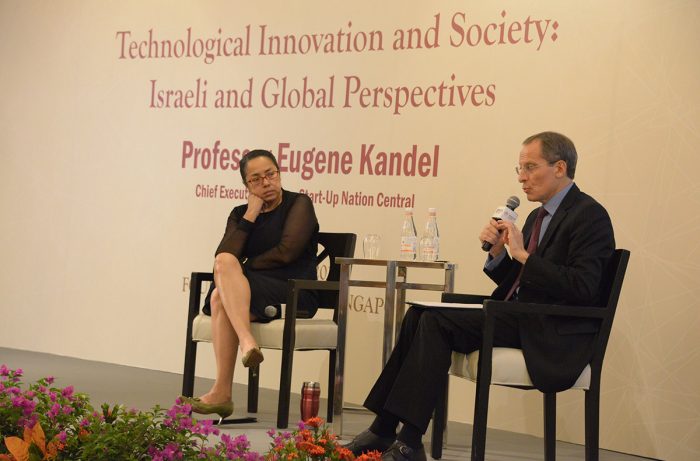 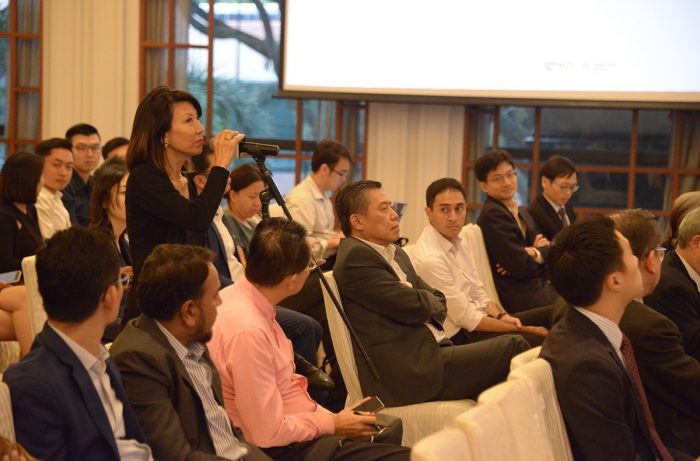 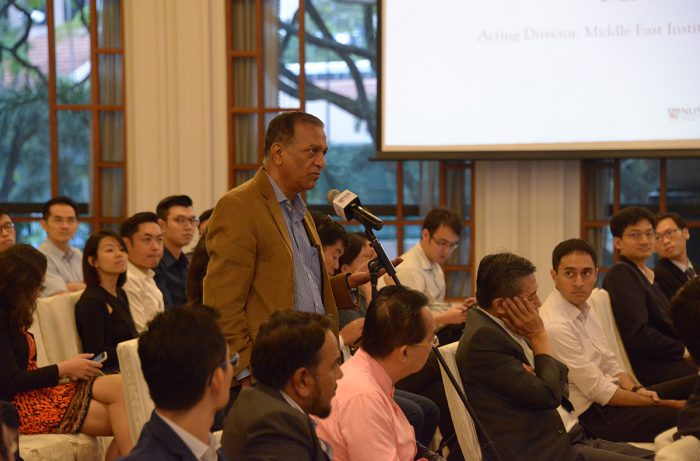 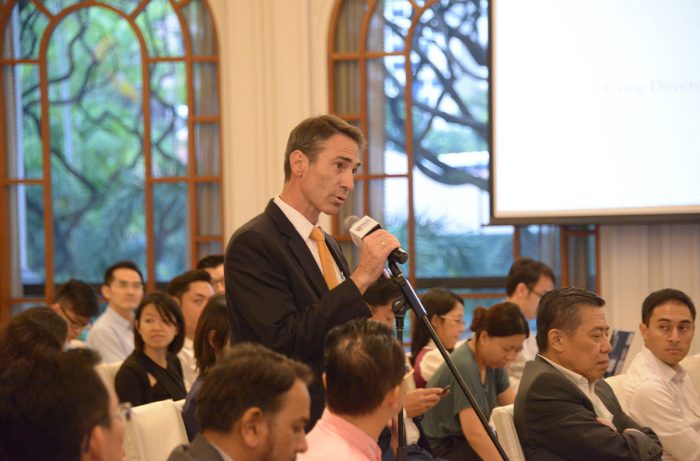 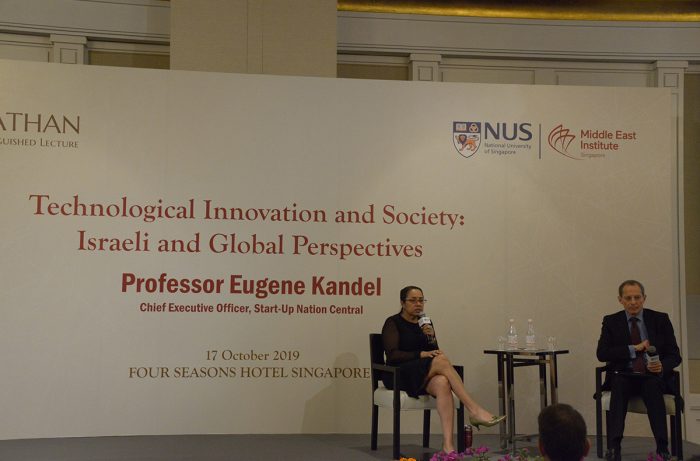 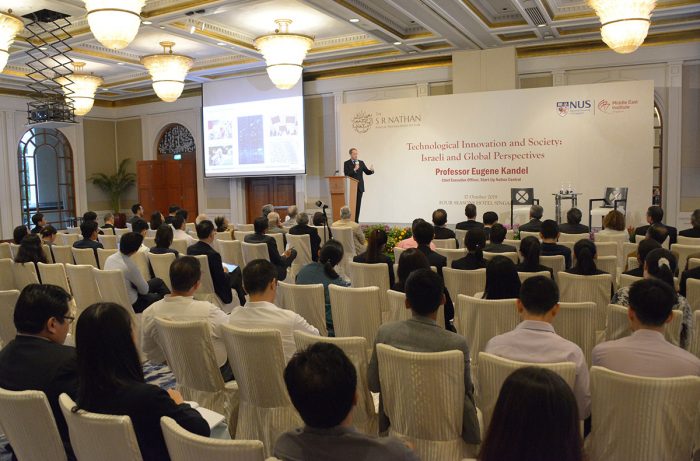 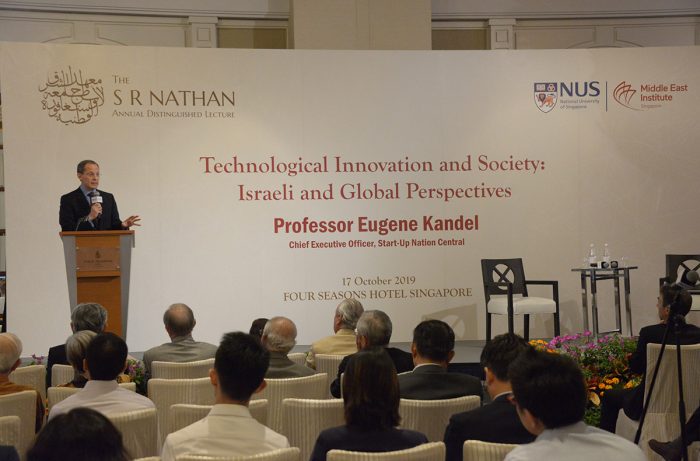 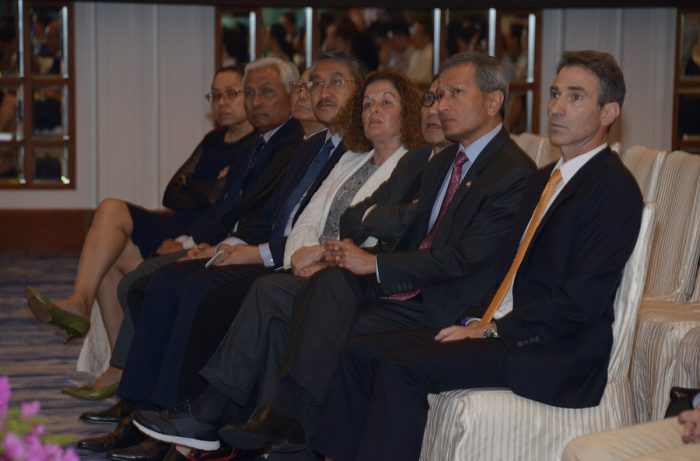 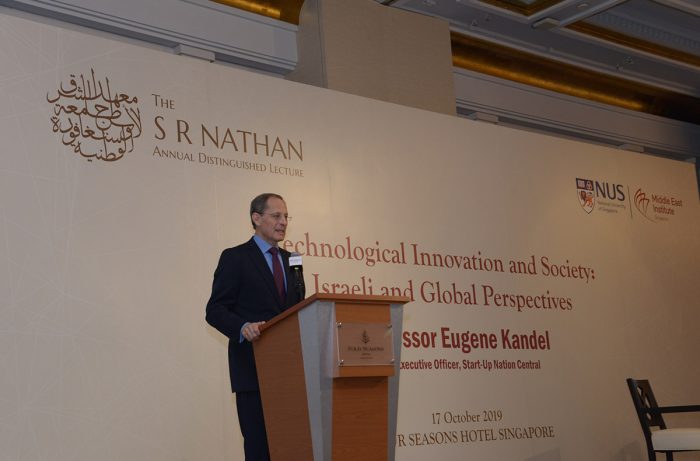 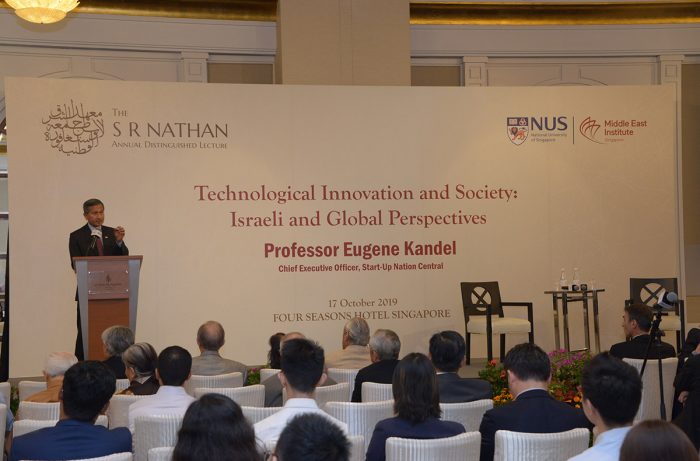 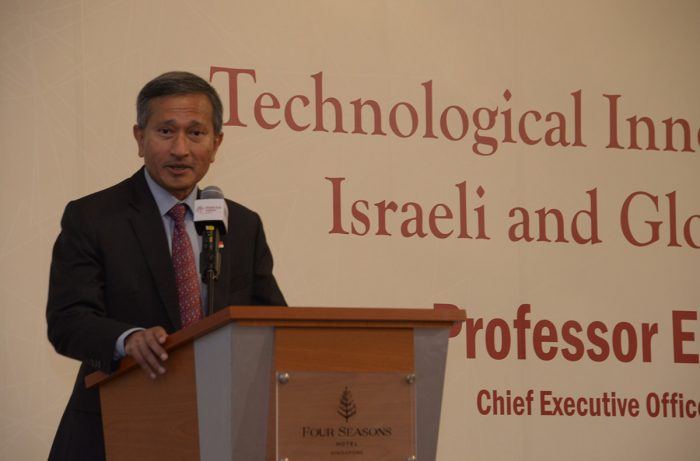 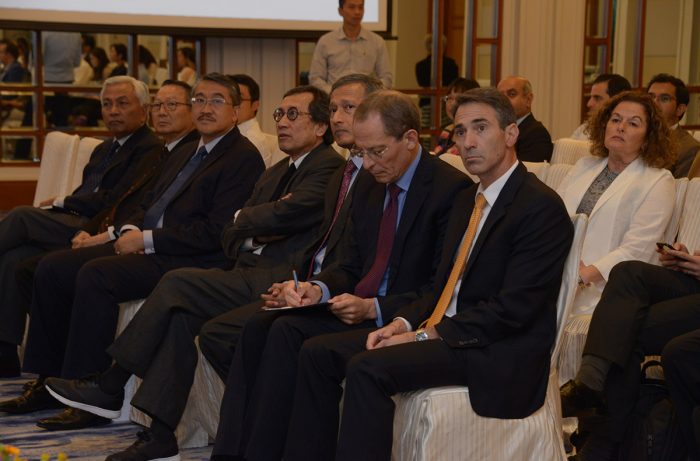 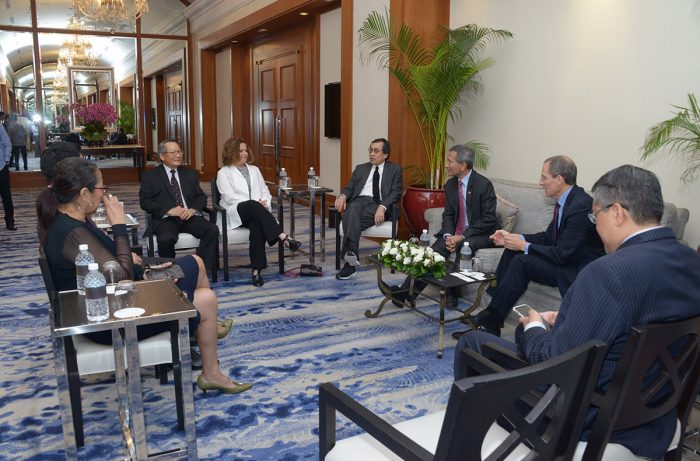 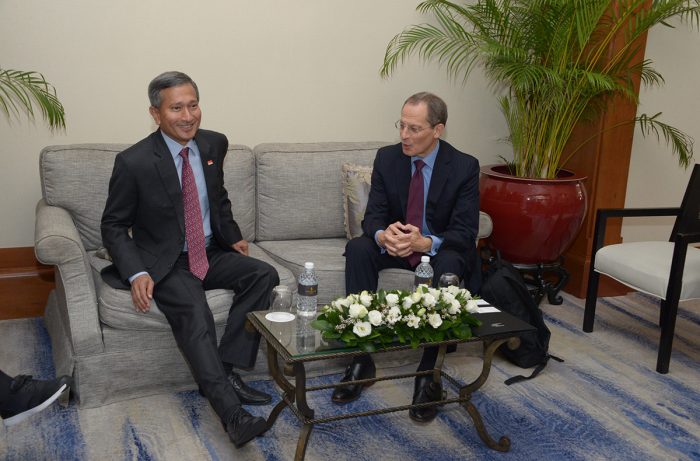 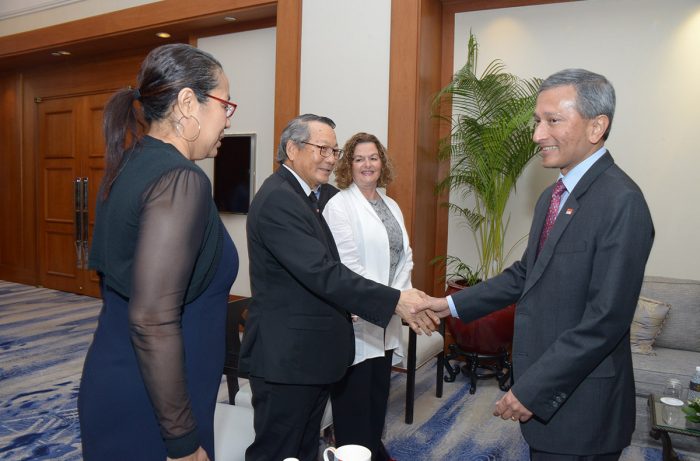 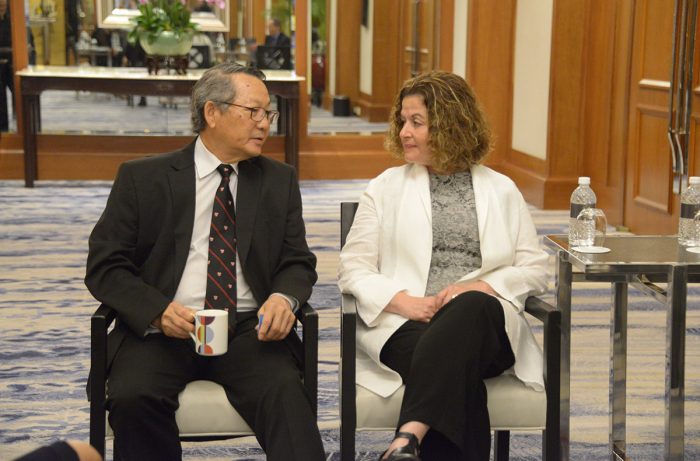 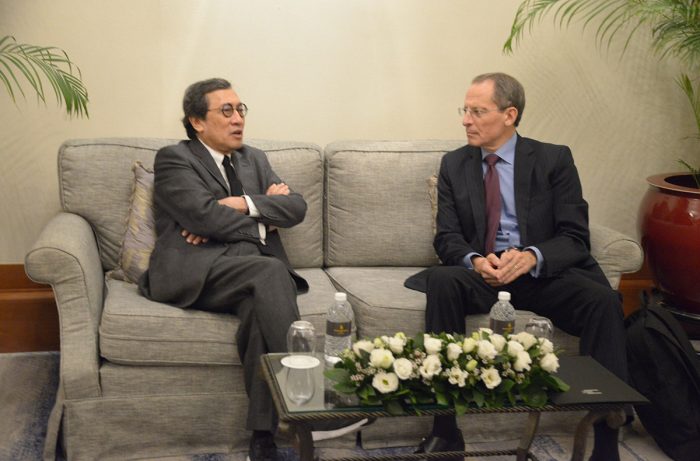 Launch of Beating the Odds Together: 50 Years of Singapore–Israel Ties

Beating the Odds Together – Remarks by HE Sagi Karni

Beating the Odds Together – Opening Address by Mr George Yeo