Singapore has raised its risk assessment under the Disease Outbreak Response System (DORSCON) from Yellow to Orange on 7 February.

Under DORSCON Orange, the Ministry of Health (MOH) has advised all event organisers to cancel or defer non-essential large-scale events. In view of the MOH advisory, we will be postponing all our public events for February and March until further notice.

We will update our events pages with the rescheduled dates once the coronavirus situation stabilises. Thank you.

(This event is organised by MEI’s Law and International Diplomacy Research Cluster, as part of its quarterly public talks series.)

On 1 October 2019, Iraqi protesters thronged the streets to demand a change of government and a complete overhaul of the corrupt and sectarian order imposed on them after the 2003 US invasion and occupation of Iraq. Taking over Tahrir Square in Baghdad, the protestors simultaneously created their own utopian vision of a democratic Iraq. This presentation will contextualise these events and reveal the historical dynamics between domination and resistance throughout Iraq’s turbulent history.

Foreign domination over Iraq has generally manifested itself through the imposition of various structures of international order, while Iraqi people have often relied on their own grassroots structures of governance in their struggles against imperialism and authoritarianism. Throughout this history, utopian visions of a just and democratic Iraqi state have predominated the imaginations of Iraqi youth and workers. I will outline certain aspects of Iraqi history to illustrate how the mechanisms of international legal order contributed to the making and unmaking of the Iraqi state.

Imperial designs over Iraq were reflected within the structures of the international legal order, while Iraq’s economic fate, in particular its rich oil resources, has been interlinked to the operations of the world’s capitalist economy. Iraqis have consistently organised themselves to overthrow these processes and liberate their country. I will show how what is occurring today is a reemergence of these unresolved undercurrents in the history of modern Iraq. 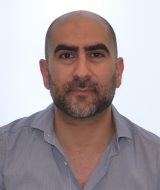 Dr Ali Hammoudi is a post doctoral fellow at the NUS Faculty of Law. He obtained his PhD from Osgoode Hall Law School of York University in Toronto, Canada. His dissertation studied the role of international law in constructing the structures of imperial control over Hashemite Iraq and its rich oil resources, while recounting the struggles of the Iraqi labour movement. Dr Hammoudi has been an active member of the Third World Approaches to International Law (TWAIL) network. He completed his LLM at the University of Leeds and his BA at the University of Toronto. His current research explores the history of oil nationalisation in the Middle East, the making of the principle of permanent sovereignty over natural resources and the new international economic order.