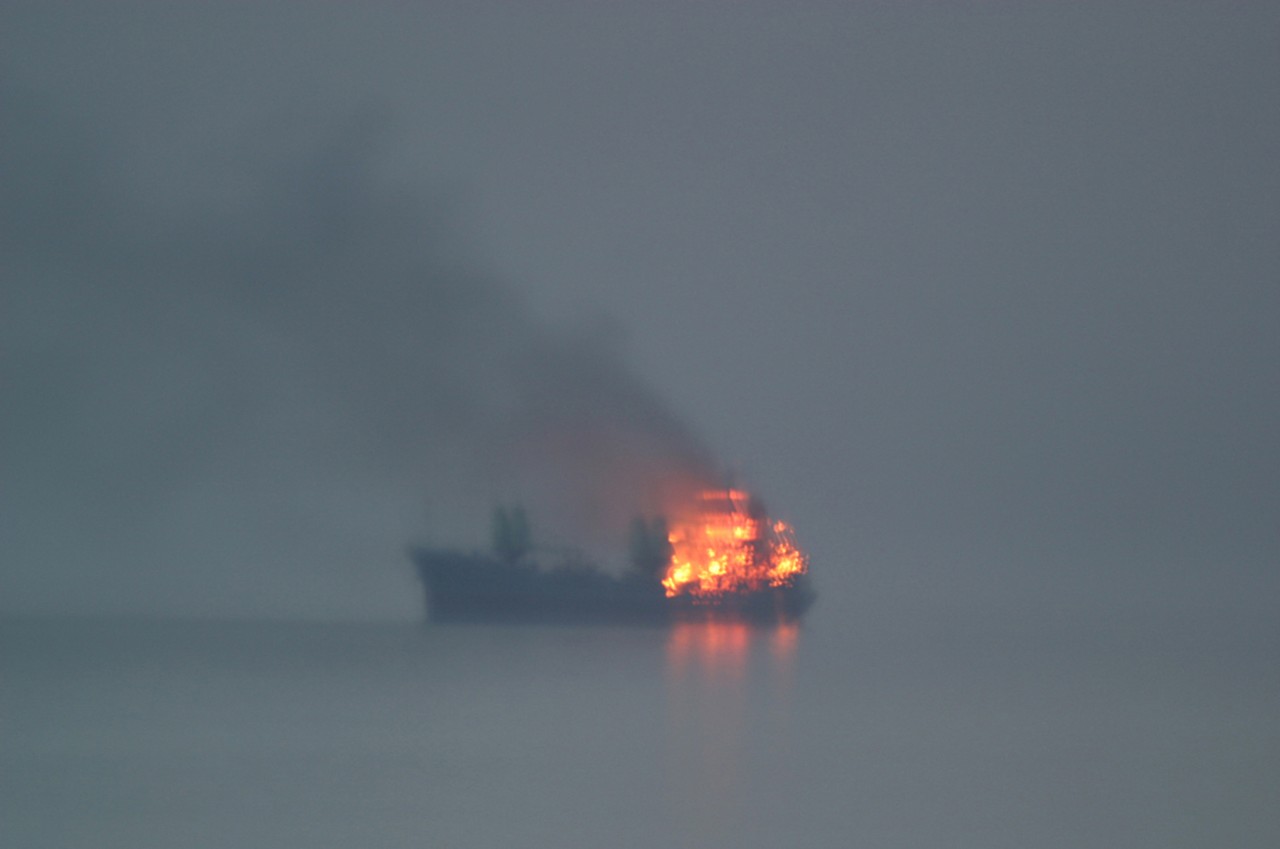 [Chairman’s Series] The US and Iran: On a Collision Course? 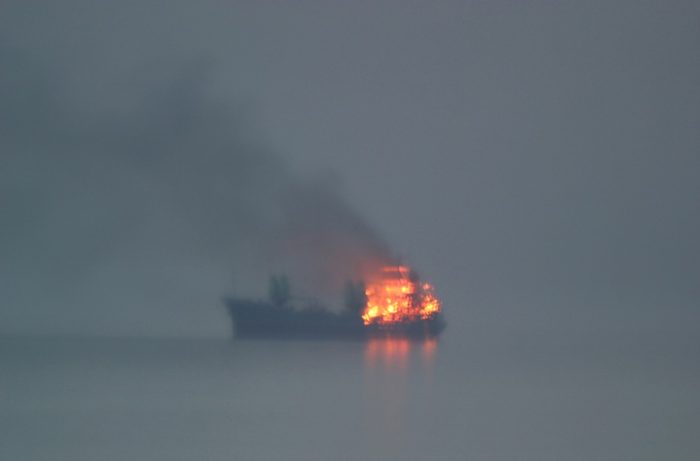 [Chairman’s Series]
The US and Iran:
On a Collision Course?

[Chairman’s Series]
The US and Iran:
On a Collision Course?

This conference is devoted to examining the escalating tensions between the United States and Iran. The re-imposition of sanctions by the administration of President Donald Trump after the US’ withdrawal from the Joint Comprehensive Plan of Action (JCPOA) has resulted in a sharp deterioration in Iran’s economic situation. Tehran, in turn, has embarked on a campaign of “maximum resistance” to American pressure. With both sides sticking steadfastly to their positions, the risk of a collision, whether accidental or deliberate, has grown.

The danger of conflict was brought into sharp focus when Iran shot down an American drone and President Trump gave the go-ahead for a retaliatory strike, then cancelled it at the last minute. This conference brings together former diplomats and experts from both sides to discuss the roots and aims of American policy on Iran, the possible consequences of the US’ “maximum pressure” strategy, and the response from the Islamic Republic. In addition, policymakers and experts will examine the impact of a prolonged crisis on Asia’s already-slowing economies, which have already been bruised by the US-China trade war.

The full programme for the conference may be found here. Go to the photo gallery for more photos of the event.

Those who missed the event or wish to find out more about it, you can tune in to the videos and podcasts, and read more about the event via the links below.

Get a PDF copy of the Conference Proceedings, which includes all the speeches and papers delivered, here.

Read “We’re not on the verge of war”: says Armitage of rising US and Iran tensions or listen to the podcast of his speech.

In his speech, Dr Sajjadpour said: “Iran will use all means to defend itself.” Alternatively, tune in to his speech on podcast.

Mr Akbar said: “The price of a US-Iran conflict will be paid in many currencies.” Find the podcast of Mr Akbar’s speech here.

First Session: US Actions and Consequences 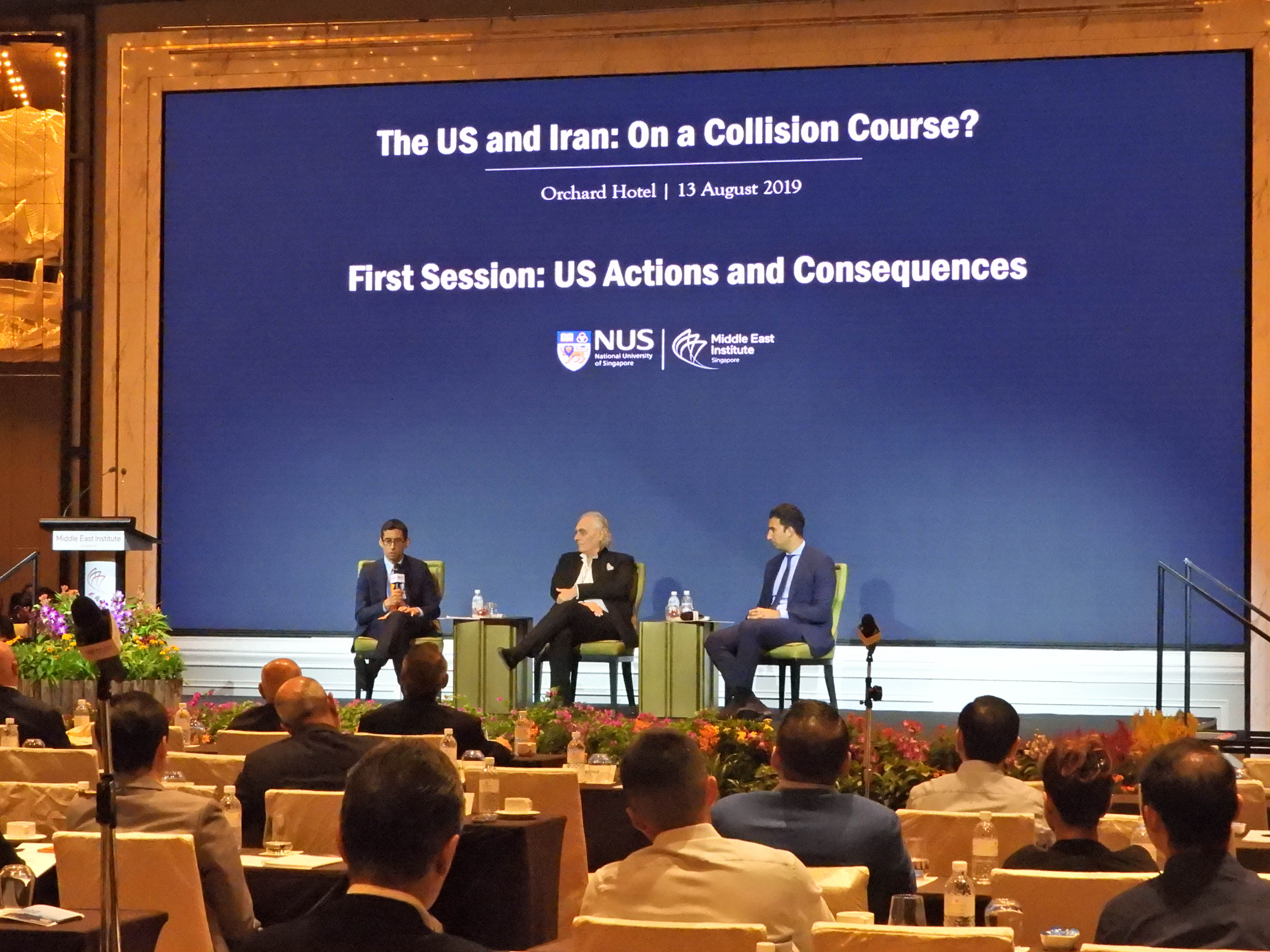 In this panel on US Actions and Consequences, panellists — Dr Michael Singh and Mr Karim Sadjadpour — discussed the goals of US policy towards Iran and whether “maximum pressure” would change Iran’s behaviour.

Mr Sadjadpour’s The Iranian Hedgehog vs the American Fox

Second Session: The View from Iran 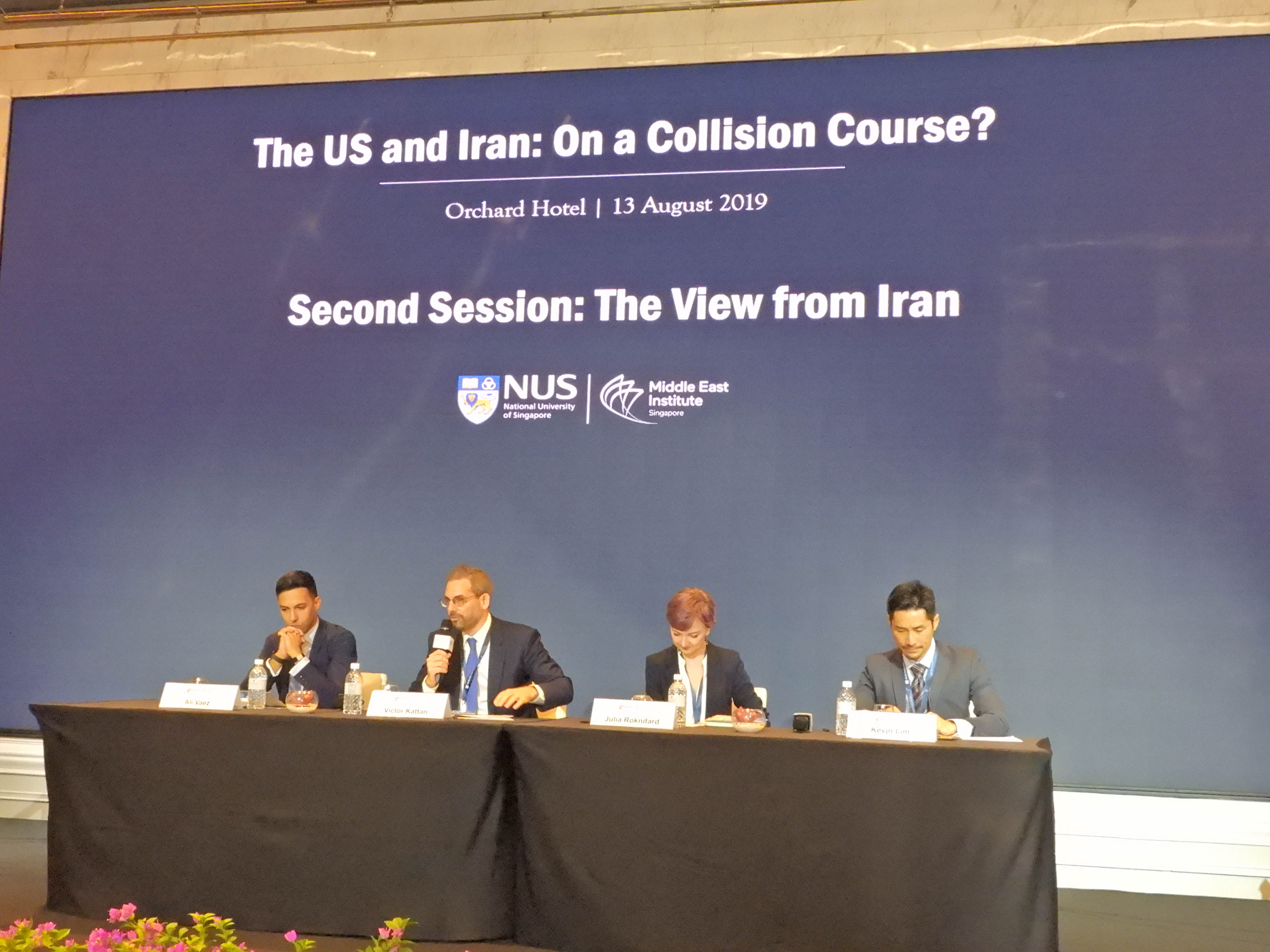 In The View from Iran, Dr Ali Vaez, Dr Julia Roknifard and Mr Kevjn Lim discussed the domestic political situation in Iran as well as the probability of regime change.

Dr Vaez’s The Risk of Maximising Pressure on Iran

Third Session: The Impact on Asia 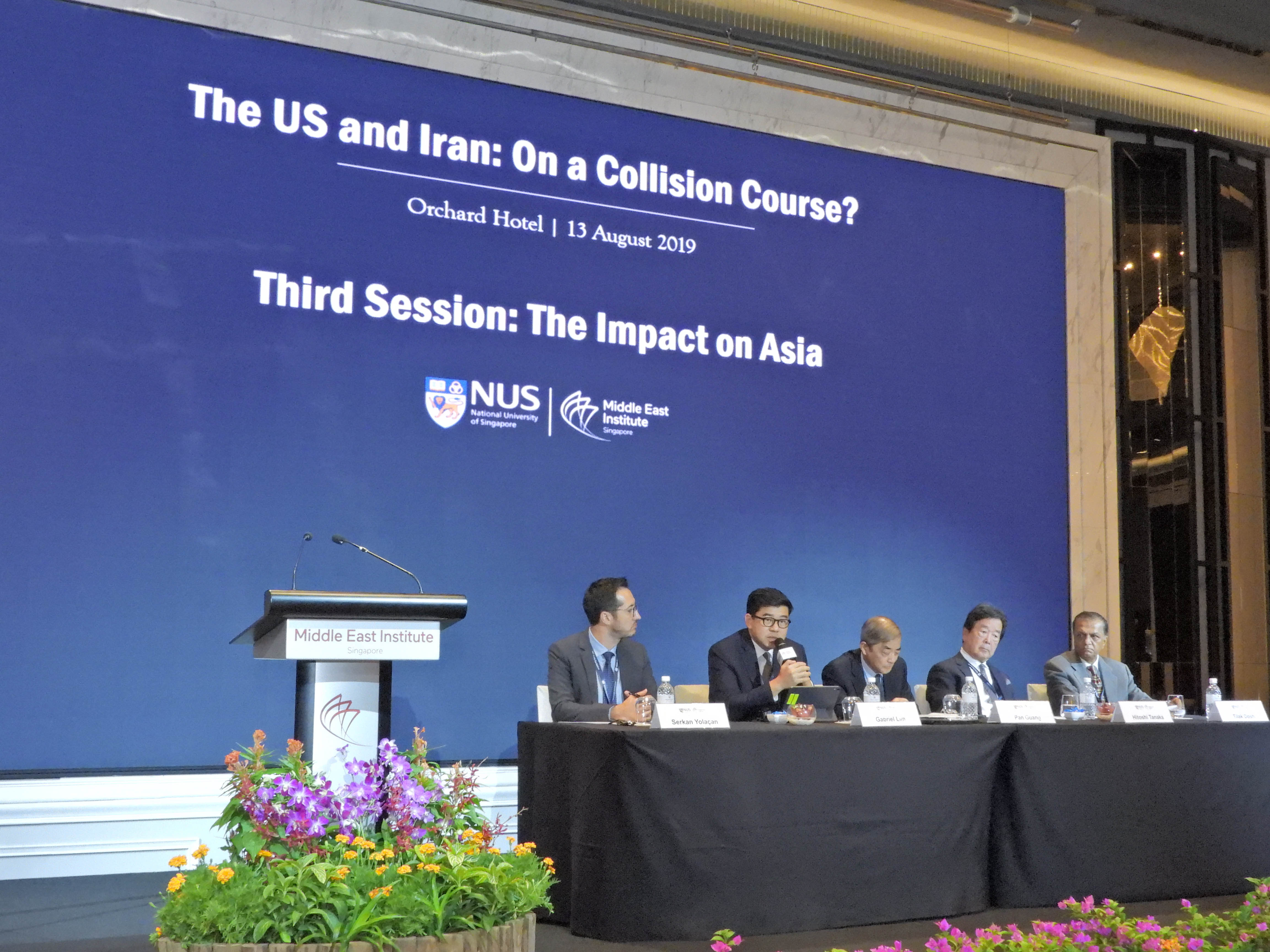 Singapore’s permanent secretary for Ministry of Trade and Industry, Mr Gabriel Lim; Mr Hitoshi Tanaka, Prof Pan Guang and Dr Tilak Doshi talked about The Impact on Asia with the rising tensions in the Strait of Hormuz.

Dr Doshi’s the Impact on Asia 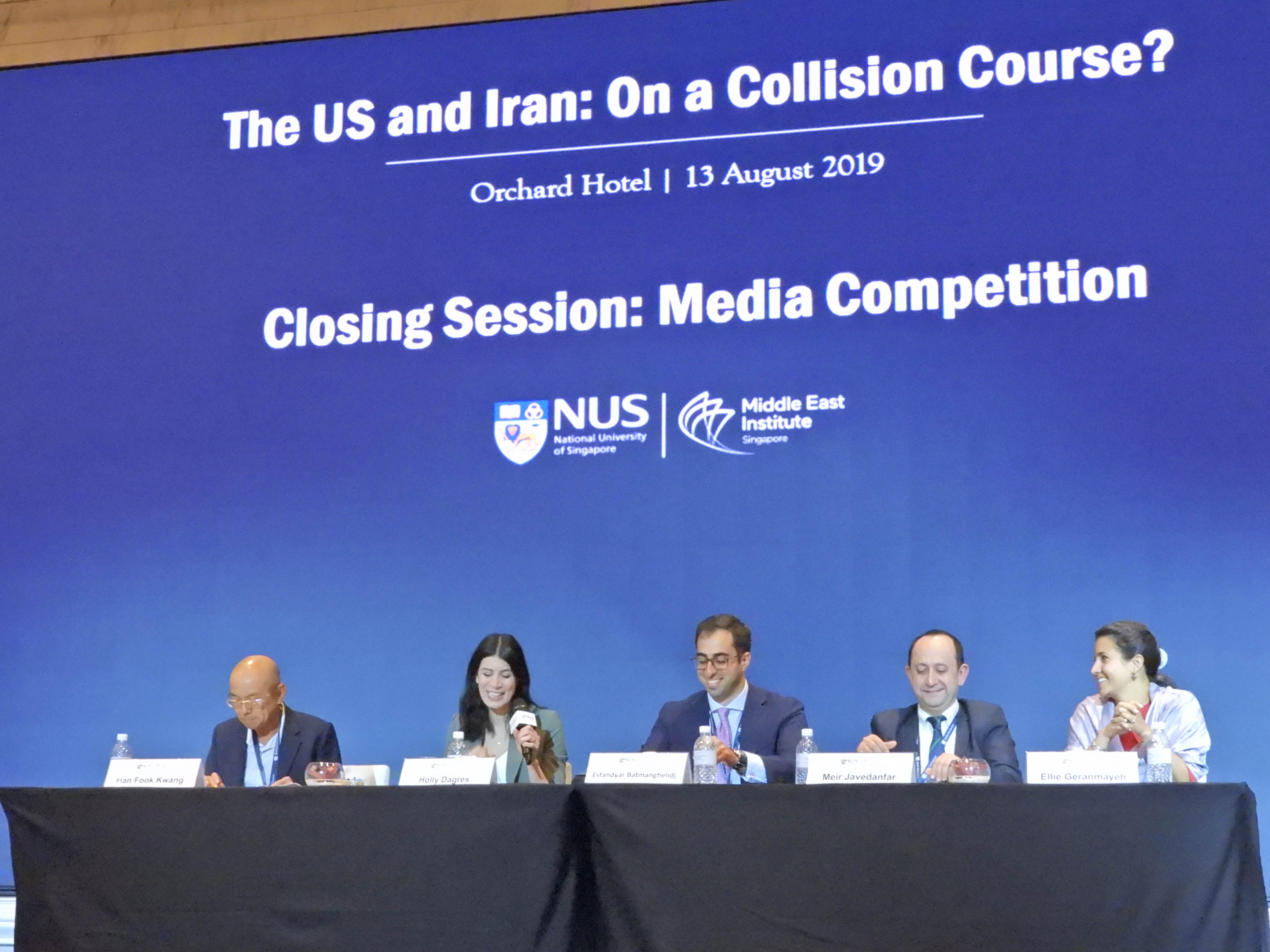 In the session on Media Competition, Ms Ellie Geranmayeh, Mr Esfandyar Batmanghelidj, Ms Holly Dagres and Mr Meir Javedanfar talked about how the narratives surrounding the two countries and their actions shaped perceptions and hindered greater understanding of the issues involved.

Speaker
HE Richard Armitage
Former US Deputy Secretary of State 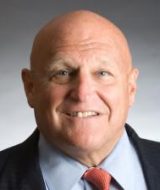 Ambassador Armitage is the founder and President of Armitage International, L.C., an international business consultancy that provides critical support in the areas of international business development, strategic planning and problem-solving.  He is a former U.S. Deputy Secretary of State and has served as the Assistant Secretary of Defense for International Security Affairs and Deputy Assistant Secretary of Defense for East Asia and Pacific Affairs.  In addition, Ambassador Armitage has held a wide variety of high-ranking U.S. diplomatic positions; including, Presidential Special Negotiator for the Philippines Military Bases Agreement, Special Mediator for Water in the Middle East, Special Emissary to Jordan’s King Hussein during the 1991 Gulf War, and Ambassador directing U.S. assistance to the new independent states of the former Soviet Union. 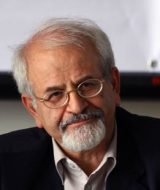 Dr Seyed Mohammad Kazem Sajjadpour was Ambassador and Deputy Permanent Representative for the Islamic Republic of Iran to the United Nations. Prior to this, he was the Director of the Institute for Political and International Studies, the research branch of Iran’s foreign ministry. Dr Sajjadpour received his PhD in political science from George Washington University and was a post-doctoral fellow at Harvard. He has taught at the College of International Relations of Tehran University and Azad University and Iran’s National Defence University.