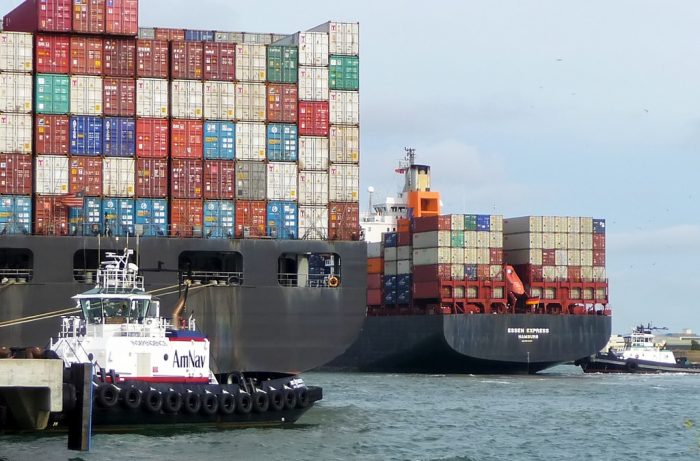 [This event was organised by MEI’s Arabia Asia Research Cluster as part of their monthly internal seminar series.]

Excellent recent research on the politics of containerisation and the logic of logistics (Levinson; Cowen; Sekula) has shown the transformations these new modalities of disciplining trade have wrought. These transformations can be witnessed not only in the circulation of goods but also the processes of production since the 1950s, when containers were invented, and especially after the 1960s, when their usage was normalised during the Vietnam war. However, many of the practices we now associate with containerisation – foremost among them the automation of processes of maritime circulation, and the transformation of urban landscapes around the ports – go back at least two decades before the 1950s to the legal, engineering, and financial innovations around petroleum tankers.

By focusing on the tanker terminals of the Arabian Peninsula since the 1930s and the subsequent burgeoning of tankerships plying their trade between the Peninsula and the rest of the world, I will explain the radical transformations the tanker trade has anticipated. These include early automated workplaces, terminals far enough from port-city centres to isolate them from public scrutiny, and the disciplining of workers aboard tankships. Furthermore, the shift in ownership structures and financing of tanker trades over the last one hundred years either foreshadows or dramatically illuminates the transformations in financial capital itself. Finally, much of lex petrolea, the legal and arbitral corpus that sets the parameters for the extraction and circulation of oil, provides the ground on which late capitalist legal property regimes are founded. 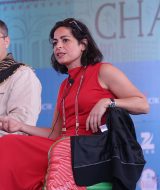 Laleh Khalili’s first book, Heroes and Martyrs of Palestine: The Politics of National Commemoration (Cambridge 2007) drew on ethnographic research in the Palestinian refugee camp of Burj al-Barajna in Lebanon and focussed on the particular genres of commemoration – from the heroic practices of the heady days of Third Worldism to the tragic discourses of an era in which NGOs are ascendant. She also edited Modern Arab Politics (Routledge 2008) and co-edited (with Jillian Schwedler) Policing and Prisons in the Middle East: Formations of Coercion (Hurst/OUP 2010). Her last book, Time in the Shadows: Confinement in Counterinsurgencies (Stanford 2013), drew on interviews with former detainees of Abu Ghraib, Guantanamo Bay, and various Israeli detention camps and prisons – and military officers, guards, and interrogators, as well as a large number of archival sources to show the continuities in practices of detention in liberal counterinsurgencies from the Boer War until today.  Her Sinews of War and Trade -about the politics of maritime transportation in the Arabian Peninsula- will be published by Verso in Spring 2020.